The Transition to Biocide Free Coatings

Controlling fouling on immersed surfaces has been a requirement since ships have been used as a means of transport. Historically, ‘biocides’ such as mercury, arsenic, lead, pitch and copper were used to prevent fouling of ship hulls. The use of copper plating of hulls was first suggested in 1708 by Charles Perry, however it was rejected by the Navy on the grounds of high cost and perceived maintenance difficulties.

In 1761, the frigate HMS Alarm was the first ship to have its entire bottom coppered, in response to the terrible condition in which it returned from service in the West Indies. At the battle of Trafalgar, October 1805, the British fleet used copper cladding, which controlled fouling and gave them more manoeuvrability than their French counterparts. Copper plating continued to remain the standard method of protecting a ship’s underwater hull until the advent of steel ships and antifouling paints.

From about 1867 antifouling paints have used rosin which is a natural acidic material obtained by tapping living trees, predominantly across Asia and South America, combined with biocides. When immersed in alkaline seawater there is a slow dissolution of the rosin, similar to the way a bar of soap disintegrates when left in water, releasing the biocides to deter fouling. The dissolution gradually slows over time due to the formation of insoluble materials at the coating surface. Modern day versions are termed Controlled Depletion Polymers (CDP) and typically have an effective lifetime of up to 36 months.

TBT became the ‘winner’ at the time but, interestingly, both technologies were discovered by accident. Tributyl tin oxide (TBTO) was a well-known but expensive biocide and the challenge was to bind TBTO to an acrylic polymer to make paints last longer and be more cost effective.

The first ship trials using this system were deemed a disaster, with shipowners complaining of heavy fouling after only six months because almost all the paint had disappeared except in the middle of the shell plating. It was realised that the remaining paint in these ‘valleys’ made the hull smoother, and the term ‘polishing’ was used to describe this effect.

Laboratory work continued to find a way to control the polishing rate and in 1974 the first SPC was launched.

In a similar development project, rubber tiles impregnated with biocides were glued onto a base plate using silicone sealant. The biocide impregnation failed but the silicone sealant remained clean and FRC were born.

TBT SPCs went on to become the industry standard as they were easy to apply, relatively low cost, delivered excellent performance across all ships and trades and allowed commercial shipping to extend docking cycles to five years for the first time.
Negative effects on non-target organisms ultimately led to the ban of TBT coatings under the IMO International Convention on the Control of Harmful Anti-fouling Systems in Ships (AFS Convention) in 2008 and SPC technology based on Silyl Acrylate or Metal (Copper or Zinc) Acrylate replaced TBT.

During the 1990s, FRC also became a commercial reality and today there are generally two main choices for fouling control. Biocidal antifoulings based on SPC, CDP and blends of these technologies or FRC are also available.

Currently there are only a handful of biocides available that can be used in biocidal antifoulings, which still account for around 90% of the fouling control market. There is however increasing regulatory pressure to reduce the use of biocides.

The European Union (EU) has the most stringent requirements for biocidal coatings, via the Biocidal Products Regulation (BPR) which governs the review and approval of biocides. The next review is due to take place in 2025 and it is expected that some biocides will not gain re-approval.

Under the BPR the biocide Zinc Pyrithione (ZPT) is still under review, should ZPT not gain approval then scrutiny would fall on Copper Pyrithione (CPT), used in approximately half the antifouling products available. Removal of CPT would see the fouling control market hit with a new wave of unproven technologies. Furthermore, signatories to the AFS Convention agreed to banning the biocide Cybutryne (Irgarol) from 2021. In Asia regulations for biocides are typically introduced with limited notice, therefore the timescales for coating suppliers to react, and for the development and testing of new technologies, is limited.

Due to the overall cost and registration timescales, few new biocides have been commercialised. Those which have include encapsulated DCOIT (Sea-Nine Ultra), Medetomidine (Selektope) and Tralopyril (Econea). These biocides are typically copper free or use encapsulation technology to control the release of the biocide to maximise performance and reduce the risk to humans and the environment.

Due to increasing concerns over the accumulation of heavy metals in the environment, considerable research has gone into the development of effective copper-free antifouling’s (see TNA, June 2020). The next step on this journey is biocide free, this technology has existed for some time and innovations in this area continue, however the choice for shipowners is limited. Commercially available options include:

Biocide free FRC are based on a silicone matrix that either prevents fouling attachment or facilitates removal through the action of water while the ship sails. Whilst FRC have shown excellent performance on some vessel types / trades they are generally more suitable for higher activity, faster ships. Although recently developed products claim improved performance at lower speeds, they are currently not an option for all vessel trades. Other issues include:

A relatively new and promising development has seen the launch of a biocide free SPC, based on a polymeric material designed to prevent blood clots during the creation of artificial hearts and blood vessels. The technology is claimed to continuously self-polish and smooth, exposing active micro-domain structures to prevent fouling build up.

Based on epoxy technology and biocide free, hard coatings will foul relatively quickly. However, they are designed to be subjected to regular in-water cleaning without damaging the integrity of the coating. These coatings claim to offer good abrasion resistance and are suitable for trading in ice. However, due to regional and local restrictions, planning and executing regular in-water cleaning operations can be challenging for ships not operating on a fixed route.

Include ultrasonic technologies, Ultra Violet (UV) lights and hull aeration among others. Despite promising results in some cases, these innovations are some way from commercialisation with challenges related to scaleup, maintenance and additional power requirements. In addition, some of these technologies may not yet be suitable for the entire underwater hull. 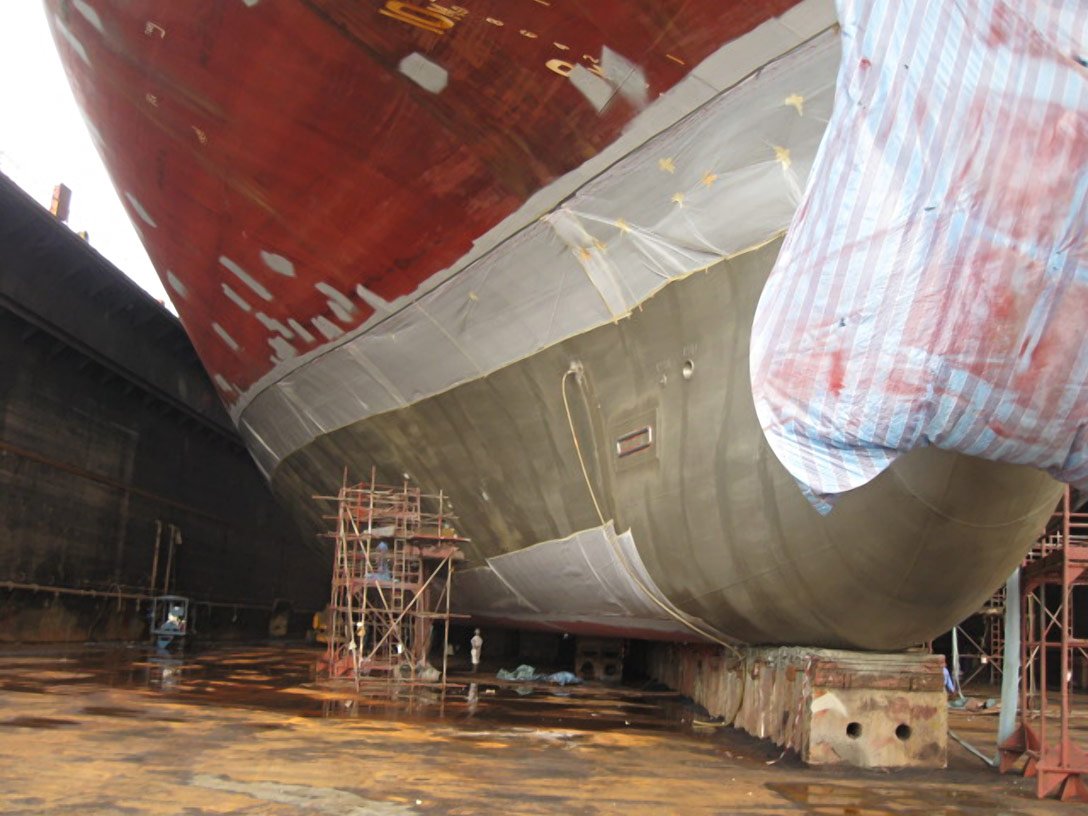 Shipowners are under increasing pressure to control costs and to comply with emissions to air and sea. Fouling control coatings are acknowledged to make a significant contribution to the operational efficiency of marine vessels, if the correct product is selected for the appropriate ship and trade. However, based on the analysis of our (Safinah Group) extensive dataset of vessel returns, the evidence to date implies that approximately 50% of ships return to dry dock with more than 20% fouling coverage on the underwater hull. This suggests that either the current fouling control coatings are not performing as planned or the coatings specified are not suitable for how the ship eventually traded.

The biocides available to the paint formulator today have come a long way in terms of impact on the environment compared to TBT and historical biocides. However, there will continue to be regulatory pressure for all fouling control to be biocide free.

Whilst proven biocide free options are available, due to the complexity of vessel types, trades and fouling challenges these options may not fit all. Biocidal antifouling coatings are currently still the best option for low activity, extended static periods, coastal trades and fitting out protection at newbuild. In the short term a combination of hull cleaning with a biocide free option, selected based on performance data, could be a way forward but can pose different challenges to the environment.

With the current technologies struggling to match actual vessel operations and future changes in legislation driving coating companies to introduce new technologies, the need for independent data on product performance and functional specifications based on vessel trades is critical in specifying biocide free fouling control products.

Safinah Group’s technical services team project managed the application of fouling control technologies available on the market and have a comprehensive database of the performance of these products upon return to drydock. 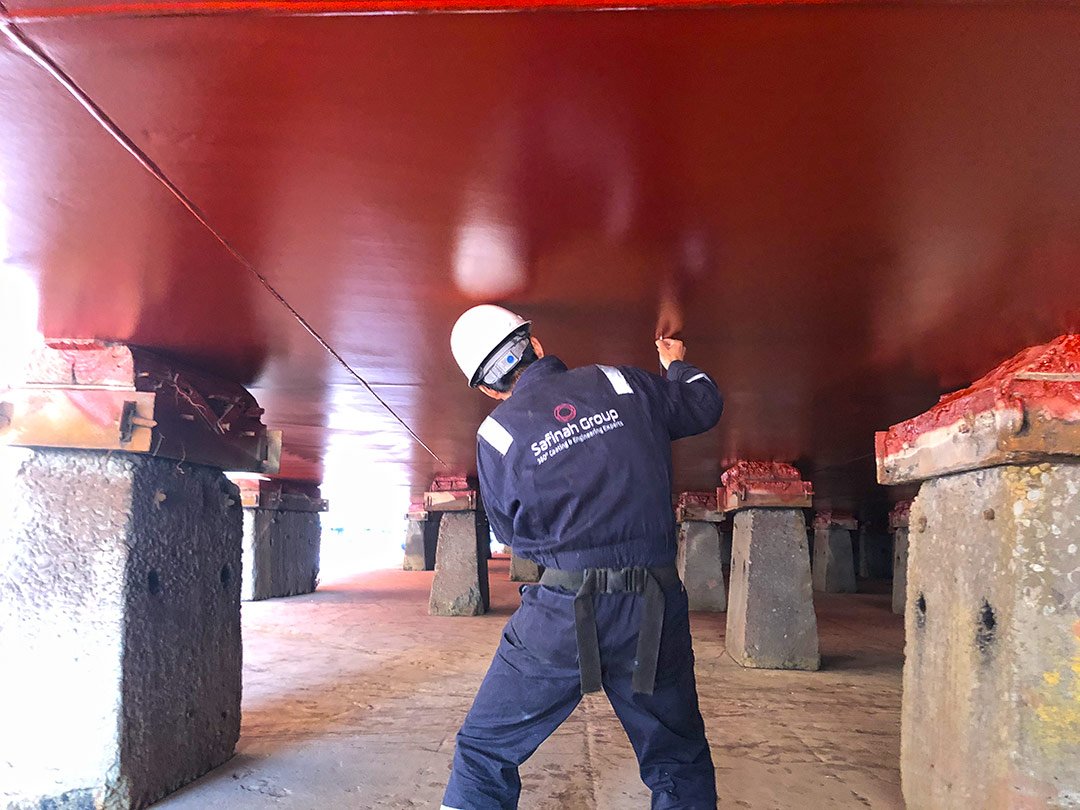 Ultimately the introduction of new innovations for fouling control is costly, time consuming and shipowners are reluctant to use unproven technology. Collaboration by all industry bodies not just the coating suppliers is needed to test new biocide free technology to ensure the next watershed moment in fouling control is realised.

This article features in September 2020s Naval Architect which you can download by clicking the link below.

For further information/advice on similar topics contact one of our experts on +44 (0)1670 519 900 or email at marine@safinah-group.com